The Friends of Millfield Lane 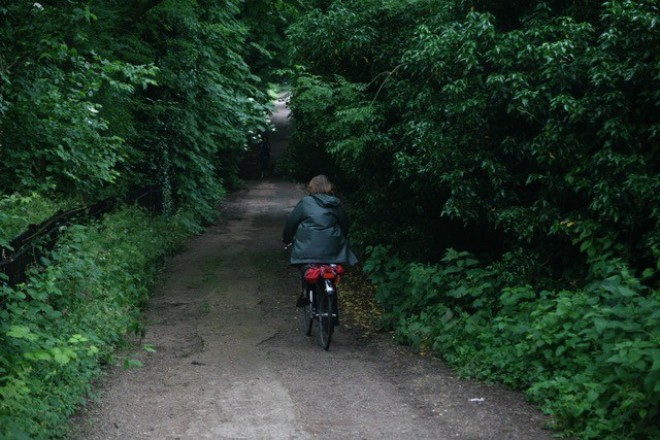 Past Campaigns - The Water House

Between 2011 and 2017, local community groups united as the Friends of Millfield Lane over a protracted period to oppose a planning application in respect of the Water House.  This property faces Millfield Lane, directly opposite the main entrance to Kenwood Ladies’ Pond.  The owner of the property at the time wanted to demolish the existing house in order to replace it with a much larger property to incorporate a double basement.

Work was projected to take at least two years, with the only vehicle access being available via the unmade section of Millfield Lane (nearly 900 HGV movements proposed on a lane too narrow for this purpose).  There was a complete lack of consideration for the impact on the walkers, runners, cyclists and dogs using Millfield Lane daily, let alone less able users.  Amongst other evidence used in objection to the planning application, video footage was obtained of an attempt to bring an HGV along the lane and turn it for the return journey.

Key points raised in objection to the planning application included:

The new owners of the Water House have undertaken work at this property of a more modest and sympathetic nature, taking pains to avoid the use of HGVs in Millfield Lane.  Much of the work is aimed at improving disability related access and the original house has not been demolished.  While this ongoing construction project has not been without issues, the new owners have adopted a much more proactive and productive approach to consulting with community groups than the previous owner.

This case demonstrates that community action works.  We are emphatically not NIMBYs, we simply seek to protect this area from overdevelopment.  It is possible for appropriate and sympathetic renovations and developments to take place so long as the sensitivity of the surrounding environment is respected.

20 March 2019 Now have 4000 signatures.  Objections still being sent to Camden Council, you can see them here.

27 February 2019 We made 1000 signatures in little more than one day, petition still growing

PS:  if you live in the London Borough of Camden, please contact your local Councillor to tell them how you feel about this development too.  Quote planning reference for 55 Fitzroy Park - 2018/3672/P. Contact planning@camden.gov.uk

Did you know they have the final say by voting on the proposals at the council's Development Control Committee meeting?  Highgate Ward Councillors may also address the planning meeting in respect of this application.